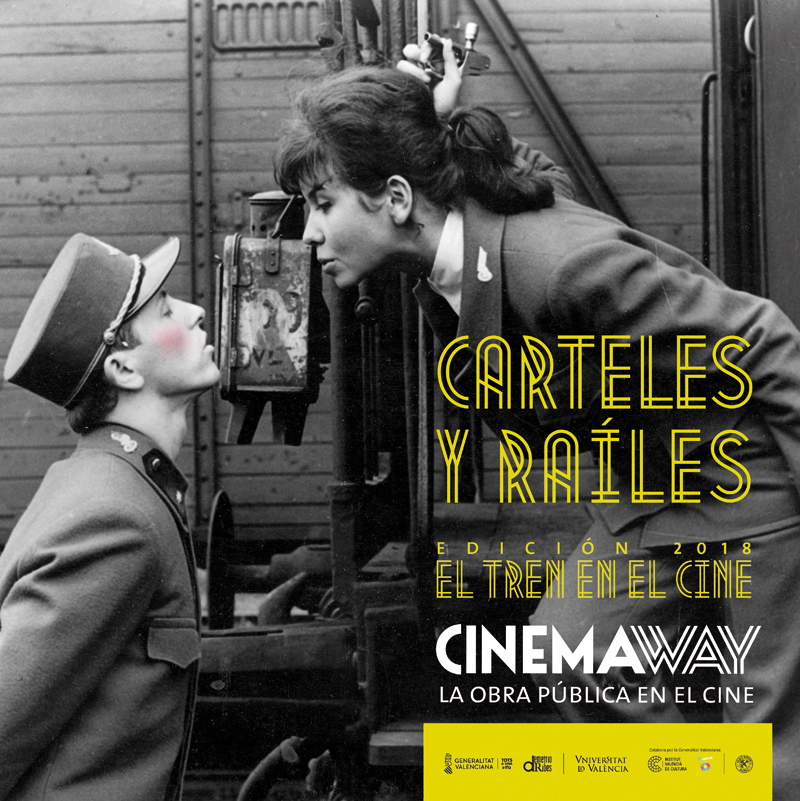 The Carteles y raíles [Posters and rails] exhibition is part of the activities to mark Mediterranean Corridor Week, led by the Valencian Ministry of Housing, Public Works and Territorial Planning, and the ‘Cinemaway. La obra pública en el cine’ project promoted periodically by the Cátedra Demetrio Ribes and the University of Valencia. The exposition takes a chronological look at the films of various genres (Western, thriller, comedy, cartoon, etc.) that have included trains in their titles or in the iconography on their posters, brochures and press releases, which tend to differ depending on the distributor.

Around five hundred films have been identified, half of which have been reproduced to create a visual essay that expresses the presence and development of trains in cinema in general, as well as in specific genres. What’s more, the exhibition analyses this theme through titles, genres, artistic styles, compositions, graphic design... The exhibition also features the video essays nominated as finalists in the ‘Cinemaway. La obra pública en el cine’ competition, the theme of which for this first edition was ‘Trains at the cinema’. 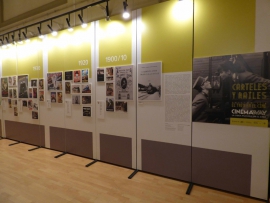 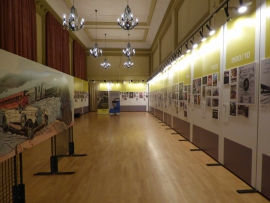 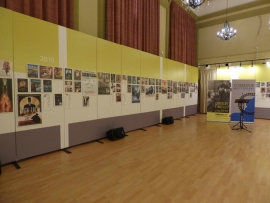 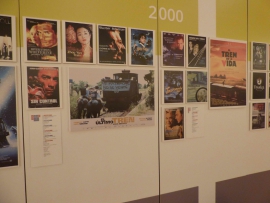